The Treatment
Before & After
Our Story
Pricing
Contact
Ro 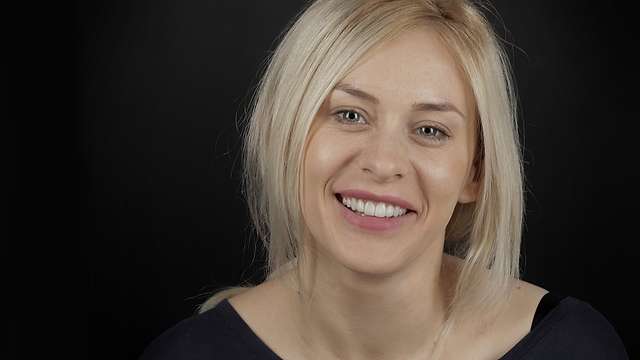 Using a simple logic we could say that it all boils down to how wide the patient smiles. If he or she uncovers or not gingiva when smiling. But, things are not so simple and in reality esthetics is always nuanced by psychology and human nature. When i patient wants a change or an improvement in their smile , its safe to say that they are not happy about it. And when we document the case, we will always notice a controlled, shy, less expressive smile, compare to the real one. What we see clinically, is the upper lip always being in a lower position, uncovering less of the smile / gums, due to the controlled poses.

This can lead to errors in smile design, by believing gum remodelling is not necessary, because "she doesn't show gums'. This scenario is off course possible, but most of the time , this logic is flawed, because once we change the smile, we also change the psychological perception of the patient, which will cause the expression and mimic muscles to enhance the display of both teeth and gums. In an overwhelming majority of cases, the upper lip will go higher than initially documented.

It is paramount that we always start from this hypothesis when starting the design process, whether we talk about ceramic veneers , orthodontic planning or the position of dental implants. Remodelling, should be always considered, and ideally should also be done within biologic boundaries. The case presented is a good example of the above. In all initial documentation we couldn't get one smiling picture of the patient where she would show gums. She kept telling us the things we keep hearing over and over in first appointments. "this is how i smile' 'i don't know how to smile' 'i don't really smile'.

And we kept answering the same things we always do.  "we know, that's why you are here, to learn' 'the smile is about freedom' 'if your smile is still posed at the end of the treatment, it means we failed somewhere' Intuitively we saw here as not being an exception and we planned and executed gingival remodelling. Because we know that if we are right, it will make a huge impact. And if we are not, we still have nothing to lose, because we respected all biological boundaries. In the final pictures after the treatment we can see how expression changes the smile display and how important is that the planning will take this into consideration. Her smile is full, luminous and luminous.

We are on vacation from 22 December 2021 to 10 January 2022. During this time we cannot book appointments. Your messages will be answered starting with 10 January. Thank you for your patience.

I have been informed that, in response to my request, Dentcof will process the above personal data in accordance with the Privacy Policy .

All images on this website belong exclusively to Dentcof. All cases presented on this website have been treated at Dentcof and by Dentcof and co., and all images and videos shown have the patient's written consent. No distribution is allowed without Dentcof's explicit consent.

We are on vacation from 22 December 2021 to 10 January 2022. During this time we cannot book appointments. Your messages will be answered starting with 10 January. Thank you for your patience.
CallMesssage